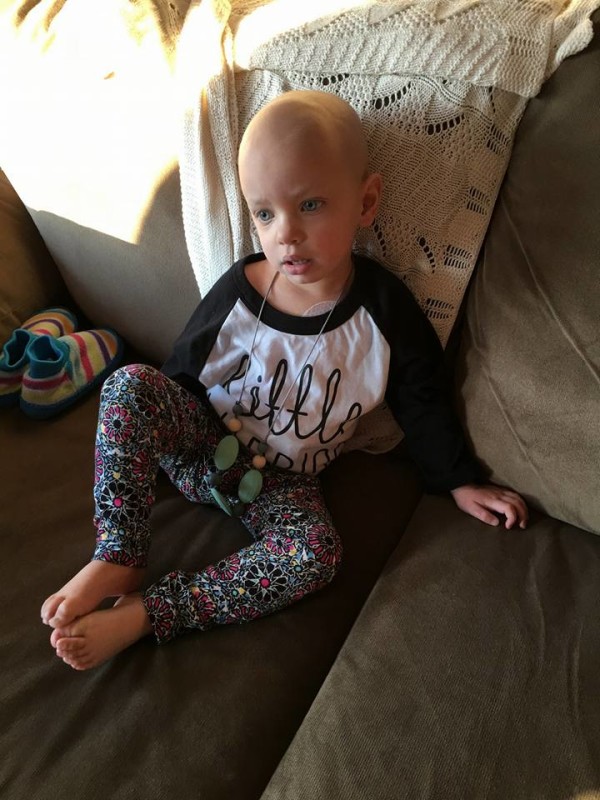 BRUNSWICK, Maine — Six weeks after doctors removed an orange-sized tumor from Madison Arndt’s belly, the 2-year-old will be admitted to Boston Children’s Hospital early next month to undergo a stem-cell transplant.

Doctors, along with a growing group of supporters in Brunswick and around the country, hope the transplant will put an end to the Stage III high-risk neuroblastoma, a cancer diagnosed in Madison in July.

After an eight- to nine-hour surgery on Nov. 23, during which doctors also removed a tumor from her chest, Madison has endured six rounds of chemotherapy, each requiring a stay of up to six days at The Barbara Bush Children’s Hospital.

Read the rest of the article at http://bangordailynews.com/2016/12/29/news/midcoast/stem-cell-transplant-is-next-challenge-for-maine-toddler-fighting-cancer/

On Saturday 19th May 2018,  95 Officers from The Metropolitan Police, Essex Police, British Transport Police, Surrey Police, The Ministry of Defence Police, Cambridgeshire Police, Merseyside Police, and London Fire Brigade will once again take to the Southern Loop of Central Park to complete their annual Jack’s PACK Half Marathon to … END_OF_DOCUMENT_TOKEN_TO_BE_REPLACED